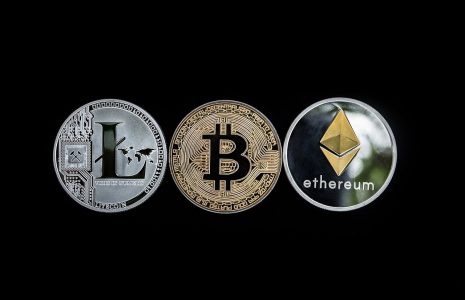 Bitcoin, Ethereum and Dogecoin: cryptocurrencies are booming. For many ordinary users, however, the crypto world is still a closed book. Therefore, we clarify the most important terms.

A – as in Altcoin

Everyone knows Bitcoin, but Ethereum, Dogecoin, Monero or Litecoin are less well known. And very few people have ever heard of Boolberry, Electroneum or Primacoin. There are thousands of so-called altcoins, which ultimately include all coins that are not Bitcoin.

The blockchain is the technological basis of all cryptocurrencies. Unlike conventional currencies, Bitcoin and Co. do without a central authority, such as a bank. For the system to work, every participant in the network must have access to the transaction history. The blockchain can be thought of as a decentralized cash book that is distributed across millions of computers. This principle does not make forgery and manipulation impossible, but very difficult.

Probably the best-known crypto exchange in the world. When Coinbase made its stock market debut in mid-April, investors scrambled to buy the company’s shares. Other well-known crypto exchanges include Kraken, BSDX or Bitcoin.de. In the past, however, such crypto wicked have also been hacked. Experts therefore recommend storing the coins rather on your own computer in a wallet.

Doge¹ is a meme based around a Japanese Shiba dog that has become the secret mascot of the Internet over the past few years. In 2013, two software developers create a cryptocurrency called Dogecoin. The whole thing is actually meant as a joke, but it happens as it so often does on the Internet: the joke takes on a life of its own and the two programmers are now filthy rich. Now Dogecoin is even set to conquer space. Elon Musk, who also owns the space company Space X, has announced that he will launch a space satellite called Dogecoin 1 into space.

Ethereum is the second largest cryptocurrency behind Bitcoin in terms of market capitalization. However, Ethereum is much more than “just” a cryptocurrency. Ethereum is an infrastructure, a blockchain, which can run its own applications, such as smart contracs or special apps. Ethereum, just like Bitcoin, is based on the “Proof of Work” principle, but is scheduled to switch to the more resource-efficient “Proof of Stake” method in 2021/2022.

F – as in Finance

The tax office is also interested in cryptocurrencies, especially if you sell them at a profit.

The hash rate indicates how difficult it is to -> mine certain cryptocurrencies. Also important in this regard is the so-called “halving”, i.e.: the reward that miners receive for mining Bitcoins. This reward is halved every four years in the case of bitcoin.

ICO stands for “Inicial Coin Offering” and borrows from the term “ICO” used to describe initial public offerings. Unlike an IPO, it is a fairly unregulated form of raising money. Also, no shares are placed on the market, but so-called “tokens”.

J – as in jackpot

Not only with Bitcoin, but also with Ethereum, Dogecoin and other cryptocurrencies: Those who got in early definitely hit the jackpot. However, few saw the incredible increase in the value of cryptocurrencies coming. In 2010, a programmer buys a pizza for 10,000 Bitcoins. One can only hope that he enjoyed it. As of today, 10,000 Bitcoins would be about 450 million euros.

Especially among supporters of radical libertarian views, cryptocurrencies have many followers. This is not surprising, since Bitcoin & Co. promise to make central entities such as banks or central banks superfluous. Some even dream that blockchain applications could eventually do away with the state. However, it is also clear that states are increasingly looking to regulate cryptocurrencies or create their own digital currencies.

Bitcoin and many other cryptocurrencies are created through what is known as mining. That is, to create Bitcoins, computers perform complicated and energy-intensive computing operations. Initially, even home users could mine Bitcoins, but those days are long gone.

FTs (Non-Fungible Tokens) are digital works (music, images, software, but also tweets or video clips) that are declared originals with the help of cryptographic processes. NFTs can also be traded. Recently, the first tweet of Twitter founder Jack Dorsey was sold for $2.9 million. The art world in particular is currently experiencing a real NFT boom.

Everyone who transfers cryptocurrencies must pay an obolus. This so-called “gas fee” can fluctuate depending on how heavily the blockchain is used.

Bitcoin, but also Ethereum, are based on the Proof of Work concept. Here, in simplified terms, money is made from electricity. The problem with this is the high energy consumption, which recently also led Elon Musk to ban Bitcoin payments for Teslas.

Both for cryptocurrencies, but on NFTs and smart contracts, there are many legal and tax issues that remain unresolved. Above all, however, cryptocurrencies are often used for money laundering or to pay ransoms after attacks with extortion Trojans. The USA, for example, wants stricter regulations for crypto exchanges because of this.

S – as in smart contract

Staking means that cryptocurrencies are held back and the owner is rewarded for it. For example, you can stake Ethereum and get 5% to 7% interest per year on the Kraken platform. The downside: you can’t dispose of the deposits for now. With other cryptocurrencies, however, you can also dispose of the staked assets more flexibly.

Bitcoin has made a lot of people rich already, but you need to know what you are doing. Educate yourself before you decide to start trading! Read the Crypto Trading Book² for example.

Ubisoft is one of the largest computer game companies in the world. Recently, Ubisoft announced its intention to work with the Tezos blockchain. Blockchain technology is also interesting for the gaming industry because a lot of digital goods are traded here anyway.

The Wallet is the wallet in which you store your cryptocurrencies. Meanwhile, one’s wallet is also the access point to all sorts of decentralized financial markets (DeFi). It is quite possible that the wallet will gain in importance in the future, even beyond its pure wallet function.

XRP³ is the abbreviation for the cryptocurrency “Ripple”, a cryptocurrency that already exists since 2012. The company, which operates Ripple, wants to go public soon.

The cryptocurrency ZCash⁴ was launched in 2016 and is supposed to be particularly privacy-friendly. Because contrary to popular belief, transfers via Bitcoin are by no means anonymous, but only pseudonymous. This means that they can be traced and the blockchain does not forget anything.