The Bitcoin exchange rate broke through the US$ 10,000 mark on 23 July. While the crypto rates are stumbling overall, there are reports of fraud in the scene again and again. At the same time, new opportunities for investors are opening up on German soil.

Since the Bitcoin exchange rate repeatedly crossed the 10,000 US dollar mark on 23 July, doubts have been spreading again in the emotionally driven crypto scene. Relevant channels report on the DOWNTREND in capital letters and do not ask themselves for the first time: Where is the journey going? Is that already the Bull Run? Or can it go away? Let’s take a look at the ecosystem. The situation on Wednesday. Bedore you start trading, read this guide.

The volatility of the Bitcoin share price is higher than it has been for a long time. The price of the leading crypto currency according to market capitalization fluctuates continuously – the US$ 10,000 mark in particular seems to be gnawing at investors’ nerves. But also the reports about fraud in the ecosystem do not break off. The Causa Plus Token has still not been clarified. While rumours have it that the operators disappeared with three billion US dollars, they repeatedly claim in social media channels that everything would soon be better. But we are still receiving messages from users who have been put off and have no access to their plus tokens. According to Coingecko, the plus token rate is 0.00 US dollars.

Speaking of rumours: Justin Sun, the founder and operator of the TRON crypto currency project, is said to have cancelled his date with Warren Buffet because he is currently not allowed to leave China. According to unconfirmed reports, he is under investigation for money laundering and fraud.

In addition, investigations are still ongoing against the Bitcoin stock exchange BitFinex and its sister company Tether. The two are said to have embezzled millions of US dollars and are therefore accused by the US prosecutor’s office. The defence strategy of the companies is currently to plead “not guilty”. The defense’s reasoning is that they have contractually excluded US citizens.

But the law enforcement authorities can apparently also prove (small) successes. Thus the alleged operator of the Bitcoin stock exchange btc-e.com was recently arrested. Nevertheless the case shows still many ambiguities. It is unclear, for example, whether he operated the stock exchange in question without any doubt. In any case, the stock exchange is said to have laundered money to the tune of four billion US dollars.

These cases show once again that the Bitcoin ecosystem lacks trustworthiness and security overall. The recently discovered data leak at the Bitcoin exchange Quickbit also bears witness to this. This is apparently so large that not only customer data, but even passwords have been disclosed.

A token for every front door: BaFin approves second STO 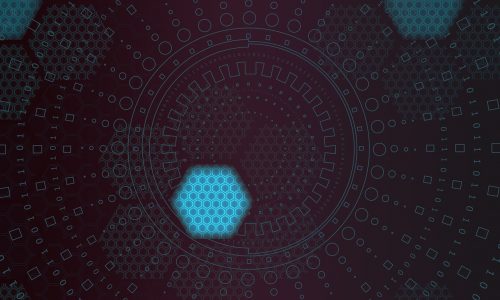 As you can see from the fraud cases, it is not difficult to look for negative impulses for a bad performance of the Bitcoin price and to find them. Nevertheless, the ecosystem continues to grow and new options are opening up, especially for investors. For example, the Federal Financial Supervisory Authority (BaFin) has waved through the second Security Token Offering on German soil.

In this context, the Real Estate Token foundation should make it possible to buy blockchain-based real estate securities. In fact, the launch is a small revolution in the land of investors. After all, the real estate market is regarded as relatively illiquid, which is supposed to change as a result of tokenization. In addition, the token-based denomination of the real estate or real estate portfolio makes it possible to invest one euro in concrete gold.
Bitcoin exchange rate: Are the cops already buried?

But also the Bitcoin rate and its future performance should not be completely neglected. After all, with the test run for its physically hedged BTC futures, Börse Bakkt is spreading tasty bull fodder. Here, too, we are dealing with an innovation. Physical hedging is expected to create a trading vehicle that has a direct impact on the Bitcoin price through traded volume.

By the way: For those who have completely lost faith, there is now a way to catapult their capital directly into space. Because the blockchain start-up Diana wants to tokenize the moon. Crypto-classically via ICO you can invest in moon properties here.